An Ode to Snape 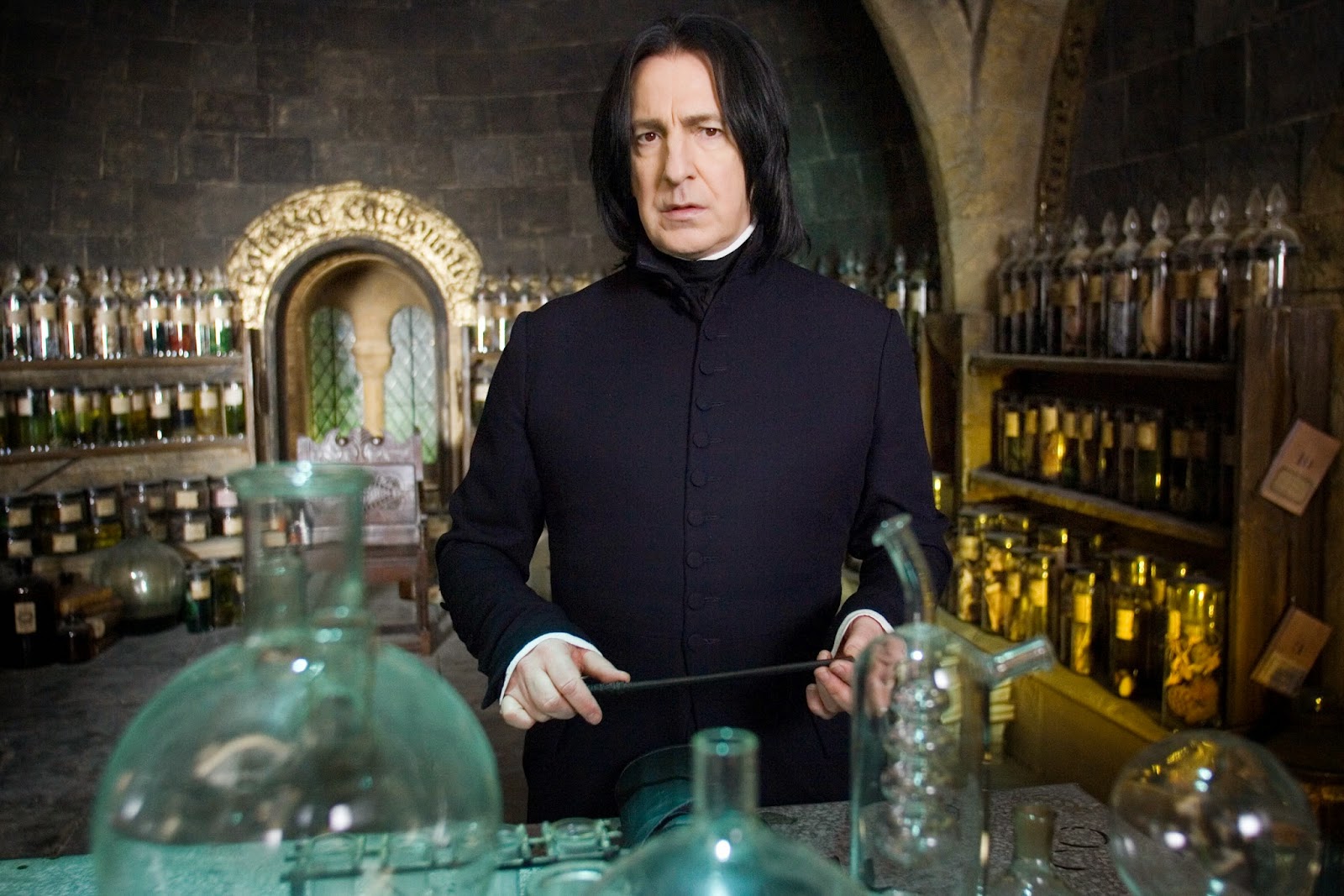 Despite Youtube being the life-long enemy of my productivity, sometimes Youtube does me a solid and reminds me of something I love. I stumbled upon this video doing the Youtube rounds a few months back. Harry Potter fan or not, do yourself the big favour of watching it for the next 14 minutes! 14 minutes seems like an awful lot of time to commit to anything on Youtube but it's worth it: https://www.youtube.com/watch?v=RhOQ4VW6xV8

Well, now you know... and probably knew already... the multitude of reasons why I consider Professor Severus Snape to be the best of J.K.Rowling's many brain-children. His characterisation dazzles me because he could have easily just become this cardboard-cutout of an antagonistic dark figure set up to punish Harry, but instead J.K.Rowling spun him into a gloriously intriguing character instead.

Writers are told to avoid cliches and we really should do our best to do so. Deny the Damsel in Distress. Cancel the Chosen One. Ban the Brooding Bad Boy. Wean yourself off Wizened Mentors. Cookie-cutter cliches are not our friends. However, if all cliches are bad, how then did J.K.Rowling manage to become so deservedly successful when her books contain all of the above figures in some form or another? She uses cliche-inspired characters by the dozen, but gets away with it! More than gets away with it! Masters it and woos us into loving these characters! What's her secret??? I don't know - she hasn't told me. However, this is what I think...


First, she does more than just tweak her characters. She turns them on their heads.

If you were wondering who the Damsel in Distress of Hogwarts is, I see Ron and his cascading ginger locks cast in the role. He's always getting into trouble and can't always get himself out of it at first. To his credit, he saves a fair few people too. However, he bumbles his way through many a crisis. 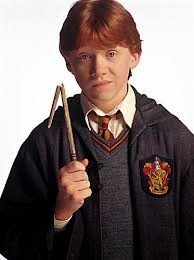 Then in swoops Hermione to the rescue. Again. Neither Ron nor Hermione being perfect, J.K.Rowling still makes Hermione more of the protector than Ron.

On top of that, she's not afraid to make a hero horrid and a horrid person heroic.

There are no perfect personas made charmingly 'human' by one minor flaw in her novels. Giving a character one or two small foibles, like mild shyness or clumsiness, will not fool your reader into thinking your character is fully flesh and blood. Take Rowling's version of the Chosen One, Harry. Like all Chosen Ones, Harry struggles with his path and his destiny. However, Harry really, really, really struggles with it. At first, he's just this every-man character who gets to go to magic school and take us along with him for the ride. Then, from the third book onward, Harry the Teenager starts making a ton of mistakes. He can be clueless. He gets jealous. He falls out with friends. He is from time to time selfish. Shock! Horror! The Chosen One is human and probably has acne too! Harry the Chosen One makes a fair few mistakes too and is also just plain wrong in some cases. I'm sure I'm not alone in having found Harry irritating at times, but I still always wanted him to prevail!

Alongside her willingness to have horrid heroes and heroic horrid people too, J.K.Rowling doesn't rush to make you fall in love with her brain-children straight away. She has patience.

If you asked me now, I might be tempted to say that I had ALWAYS known that Snape was on the right side and that from Book One I had known that he'd be the anti-hero to save the day. I'd be lying. I spent the first two books in fear of Snape and comparing him to the worst teachers at my school. He didn't just have the illusion of being bad. He truly had many bad characteristics which he kept until the end of the series. He sneered at students. He bullied Harry and more. He petrified all. He led a bitter life. Yes, in the background, he was loyal to Albus Dumbledore and was a protector, but he still wasn't likable or appealing in any way to the people around him.

Entire books passed by before we found out his even darker past and betrayals and other characters questioned his loyalty. Most of the books had passed by before we discovered that he was Lily Potter's closest friend and that James Potter had been less shiny than expected. J.K.Rowling gave us glimpses of Snape the hero here and there between all the scenes of horrid, but she made us wait and wait and measured out bits of Snape over time until we finally had a full understanding of how heroic a character he could be. While most cliches jump out at you and scream "Look at me!" in a less than subtle manner from the minute you see them, Snape had been the Brooding Bad Boy of a Severus-Lily-James love triangle and we hadn't even known it for multiple books.

One of my favourite Snape lines has to be when Snape, who no one trusts, and Dumbledore, who everyone trusts, discuss what Dumbledore has planned for Harry. A shocked Snape says, "I have spied for you and lied for you, put myself in mortal danger for you. Everything was supposed to be to keep Lily Potter's son safe. Now you tell me you have been raising him like a pig for slaughter." In that one page, Snape proves himself the protector and Dumbledore the betrayer (but I can't speak ill of him! I won't!) and the reader is left stunned! Beautifully done! What a story arc! That takes both planning and patience that I am in awe of.

We don't need to throw all the cliches out, but have fun playing with them! Toy with overly traditional gender roles! Turn cliches on their head and splice them together and remake them! Make your heroes and villains meet at some murkier middle point! Commit some time to fleshing them out bit by bit! You don't find out everything about a person in one conversation!

Now time for a re-read! And I'll leave you with my favourite wizened mentor for company! 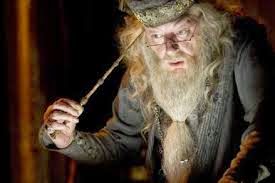 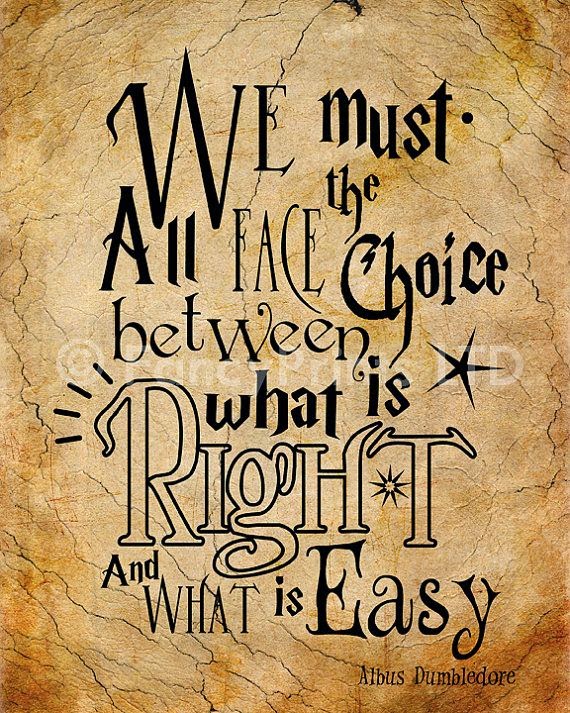