What’s the next big thing? As authors, we are always trying to figure that out. What do we need to do to get noticed? It’s a big ocean out there, and there are a lot of books swimming in the proverbial published sea. How do we stand out? What can we possibly do that hasn’t been done before, or at least, how do we create a new take on an old trick.
Marketing is a funky kettle of fish. We authors know how to write (hopefully, lol). Learning how to target and market our work is a whole other story. One that doesn’t always end in a happy ending. There’s a lot of trial, error, and blood, sweat, and tears in that tale. Where to even start? We can advertise traditionally—take out a newspaper ad for an event or a launch—or we can try our luck in the online world of advertising by embarking on campaigns through Twitter, Goodreads, or Facebook, for example.

Let’s look at one cornerstone of the author marketing experience: The Facebook Party. 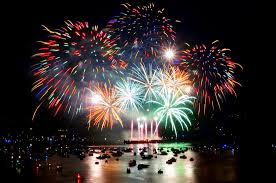 The Facebook party allows fans from anywhere to comfortably pull up a computer and join the fun. We ask author friends to host time slots, or we go it alone. Each event involves tons of giveaways and prizes doled out at frequent intervals. We share funny memes, silly gifs, and great photos. We post teasers, excerpts, and trailers. But do we generate sales? Are our efforts tangible? Is there conversion? Do we break even—sales versus giveaways? How do we measure success—is it sales, or exposure? This is a tricky business. I’ve been to my fair share of launch parties, and I’ve hosted a couple of events myself. In truth, I haven’t seen any other entrepreneurial group giveaway so much, so often. It pays to be someone who follows authors. They giveaway the shirts off their backs in an effort to try and stand out from the crowd, and smart contest hunters know this. I read an interesting article about contest ‘groupies.’ Are they friend or foe? Contest groupies scroll the internet looking for new authors to follow and like. When events happen, they are the first ones there, interacting, playing along with the games, and kudos to them, winning prizes. The thing to keep in mind, is that these people love books too and they talk books up to others on the internet. I don’t question the people who follow the contests, I question whether this is a viable, efficient use of an author’s resources and time. Look around the internet. Try and find another industry where so much is given away for so little measurable feedback. 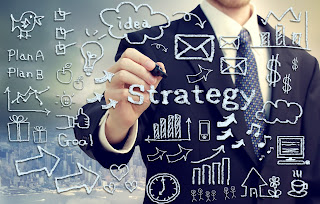 Now, I appreciate, not everything is about profit. Sometimes, we do things for the sheer entertainment value, in and of itself. Recently, I embarked on a marketing campaign that blew everything else I’d done before out of the water. It was ballsy, it was risky, and it was downright fun as hell. I have an event coming up at Blue Heron Books on Saturday, March 5th from 2:00 – 4:00pm. I wanted to draw attention to it. I wanted it to stand out. I’ve done a lot of book signings in big corporate stores, but Blue Heron is a small, intimate Indy bookstore. I wanted this signing to be special. I needed a plan—an outside the box kind of vibe.

Many moons ago, I read a book about a writer who showed up to her book launch, carried on a pallet, supported by several hulking sentries. At the time, I thought to myself, how cool would that be? A seed was planted. Recently, I found a way to incorporate that wild and crazy vision. My debut historical romance, Avelynn, is set in 869 Anglo-Saxon England. My heroine is the daughter of a Saxon earl, but the hero of the tale is a Viking. 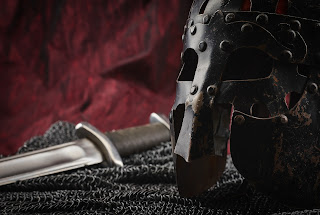 Ergo, I needed Vikings! I sent a call out on a few local Facebook groups, seeking stalwart young men, willing to pose shirtless as Vikings for a day. Their job was to hang out with fans and hand out chocolates to anyone who bought a copy of the book.  In a matter of hours, I’d found my three Vikings (body building photos confirmed these were just the type of men I was searching for). As part of the deal, I needed one evening for promotional photo ops prior to the book signing. I wanted a photo shoot where my handsome, tough Vikings posed with swords and cloaks, while, I, the respectable author, stood aloof and professional in my blazer, jeans, and boots.

Flash forward a few glasses of wine into the Durham Photo led photo shoot, and while I held onto my jeans and boots, I had donned a sword and shield of my own, and wore last year’s Halloween costume of a warrior princess. The results were magical. Those promotional photos could be used to hype up the event itself, but also to promote the book in general.

I then hired, Inkpen Studios, pros at social media promotional posters, and when I thought things couldn’t possibly get any better, they did! The designs to match the photos were out of this world.

I invited friends to the photo shoot, who blasted their own camera phone selfies and live photos of the behind-the-scenes shenanigans on their own Facebook and Twitter status. I then shared those raw photos as well!

Will any of this result in more sales? Only time will tell. My event at Blue Heron Books on Saturday happens in two more sleeps. I’ll know if my innovative efforts were received if we have a rollicking good day of book sales and Viking hi-jinks. If the sales don’t come, at least I tried something new. I found a new angle. I played with a never-before-attempted idea. I had to grow a giant set of Viking balls to pull that off, but I’m already trying to figure out an excuse to do it all over again!

Happy marketing. Reach for the absolute limits of your imagination and don’t let fear slow you down. Grab hold and put yourself out there. Go boldly where you haven’t gone before.

In gratitude,
Marissa xo
Posted by Unknown at 12:00 AM