Restless, Irritable and Discontent: On Not Writing

As a maturing writer, I am learning my seasons of discontent, as well as those sizzling times when the juices are flowing, the story and characters are tantamount to my very existence and the words fly blithely onto screen and page.

Born a daughter to a woman whose significance was stripped away at an early age (her mother died and her father farmed the eight kids out to foster homes - then promptly remarried and raised his two new ones) my intellect and verbal abilities were rarely encouraged. Instead I grew up with the axiom “children are meant to be seen and not heard”. 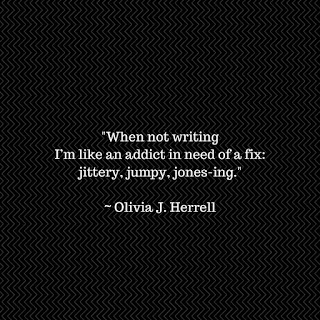 It’s no wonder I moved away after high school, another insignificant waif thrust in to the cruel, uncaring world. Better to find my way alone than under the thumb of a woman bent on stifling any and all magnificence because she had no inkling of her own.

As writers and artistic souls, many of us share this (or something similar) in common. Unless you were fortunate enough to be born to parents who truly get you. And how many of us were?

It’s also little wonder that I followed in my parents’ footsteps, using alcohol to escape. This unconscious attempt to find significance in a bottle ultimately landed me in AA*, where I first heard the expression that cut through my layer-upon-layer of denial: restless, irritable and discontent. It described my malady to a tee.

Twenty-four years later I no longer fight the battle of the booze, but that old feeling can creep upon me, usually signifying a need to be still and know myself. This time it had been seventeen days since I wrote a lick (other than brief morning-scrawls in a journal) and six weeks since I opened a manuscript. Vacation kept the demons at bay, but no sooner was I home and settled (and caught up on sleep) than BAM! I’m squirmy. Annoyed. And vaguely unhappy, though I have no real reason to be. On pondering my condition, I recognize the symptoms: I'm restless, irritable and discontent. 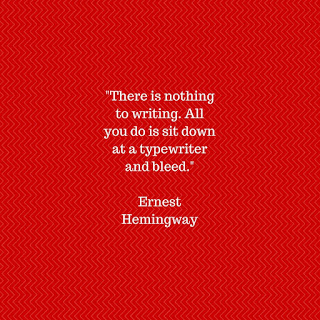 When not writing I’m like an addict in need of a fix: jittery, jumpy, jones-ing. Fill me up, Homer, I’m dry. Only now my solution is to pound one out, not down. One thought. One sentence. One paragraph. One blog post. One anything. Because words are my conduit for connecting. With you. With others. With the world.

But more importantly, words connect me to my Higher Self and the ever-flowing well of Significance.