News-worthy so Worth a Story 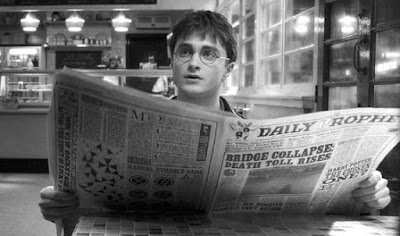 My parents have a Saturday morning routine that hasn't changed as long as I've been alive: wake up and have a cuppa; then go off to the village shop and get the papers; section by section, devour those papers by poring over every story from world news to economics and entertainment. Every article gets guzzled. I never understood it myself as I found most news tedious. I'd flip through and ignore a ton of stories and just read the odd one or two.

Now I love the news and reading about the world, excepting still the economics section which bores me to tedious fact-clobbering death. Some news moves me so much that I've even had to stop reading some news articles on the way to or from work in case they flood the bus in tears. The news is full of terrifying amazing and again terrifying stories of real humans and the world they inhabit, all designed to tug at our emotions. A journalist might work on the reader's worries or fears or indignation or empathy or nostalgia through their presentation of stories. If these real life stories can evoke these feelings in the news-reader, something inspired by them and capturing part of the real world feel of them too can maybe do the same for the fiction-reader.

The news is full of possible inspiration and a few of my story ideas were triggered by the reading of a true story in the paper. However, there are some dangers in this type of inspiration. Take for example this story:

I found this story fascinating and it led me to read more and more on the idea of modern day black magic and superstitions and the various crimes that came hand in hand with them. Tiny bits and pieces of different stories ended up rolling around together and forming a tiny nugget of an entirely new story. In the end, the final story ended up being nothing like the original inspiration but the thought process of researching this story had led me to create a whole other one.

Despite the story having changed so much, I felt caution was needed when using any idea formed from a true life situation that had actually happened to an individual and a community and a country. I worried that if the story were too close to reality, it could somehow offend or hurt the people who lived it or be seen as theft of someone's own life story. These worries floated round my mind: 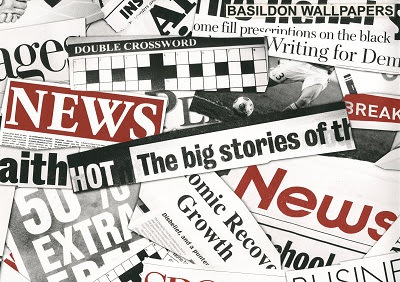 So...keep your eyes open and your news-brain well informed.
Other than the economics pages, the news might just inspire you.
Posted by Unknown at 5:21 AM