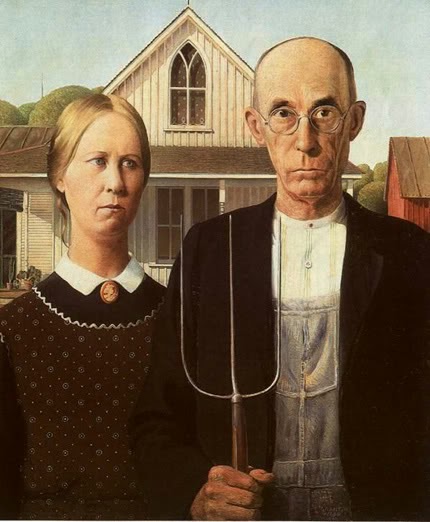 A few weeks may have passed and you haven’t written anything new.  It’s official – you’re in a rut.  Several times you had sorted through the stack of other stories in your drawer that are waiting for an ending or edit, but they still haven’t seen the light of day (or death) because there’s something about them that makes you flush with pride.  I bet you have a whole file cabinet drawer filled will unused forgotten characters and their stories.
They are so stale and bland even the dust won’t settle on them.  You would read each one again but it’s just one old dour waste of time.
You ask yourself, “Where was I going with this?” or maybe “What on earth was I (not) thinking?”
Maybe they are all old, waiting for you to shut the cabinet door and let them stay asleep.  Before you tuck them into their cozy cardboard sleeve or feed them to a shredder or trash can – go take another look at that pile.
Take one out of the pile (or file cabinet), read through it and determine the main plot.  Then decide who the main character is.   Fish out another one from that pile and do the same, even if it takes three or four times. Now, do they all sound alike, the same point of view, same mood, same crisis, or same drama?  There’s one main problem.  You need to break out of your comfort zone and try something different.
Here’s a few things you can do to air out the cobwebs:

Flip it.  Just like on a reality show - gut it and rebuild.  Maybe the same characters can do the same hard work, but give it a twist.  Build a new wall and set a traffic pattern for your character to go the other way.  Have the characters change POV or even the sexes and watch the story drama change due to the different outlook and emotions.  Add a pool for someone to skinny dip in.
For those who never finish anything try this: Start with a teaser – begin with the end. 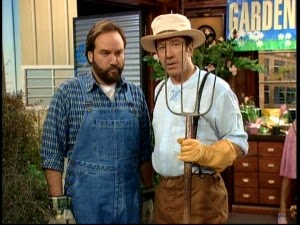 Houston, CREATE a problem.  Time travel seems to be a pretty popular topic these days so it is a safe topic to try.  Maybe that techie guy who can’t peel his face from his phone for a minute needs a forced shutdown and left unplugged in an era a few hundred years ago?  Or some starchy old farmer who never travels past his town is given a laser gun, a 30 year forgiveness age-back, and wrecks havoc.  Make the character going through living hell NOW instead of in the past and take the reader through it with you.
Or……

Magnetize.  Either two magnets with latch and hold (opposite ends) or repel from another (same ends).  Apply that to your storytelling.  Have one female from one story meet and hate another male character in another.
Maybe it wasn’t the first two with a winning (or opposites attract) success, but you have other stories that can be entwined into instant magnetism, or they can hate each other.
Either way – you have a new story!

Change hats.  If you can’t take the heat stay out of the kitchen, right?  How about you take your story somewhere else, as in another section of the bookstore?  Trade in your civil war era romance epic for another genre.  That’s right – that entails major CHANGE, one you may not want to face.  But if Scarlett O’Hara is still sitting there waiting for Ashley (just like a spider!)  to come rescue her out of your file cabinet, then I think you need to put those amazing character to work somewhere else. 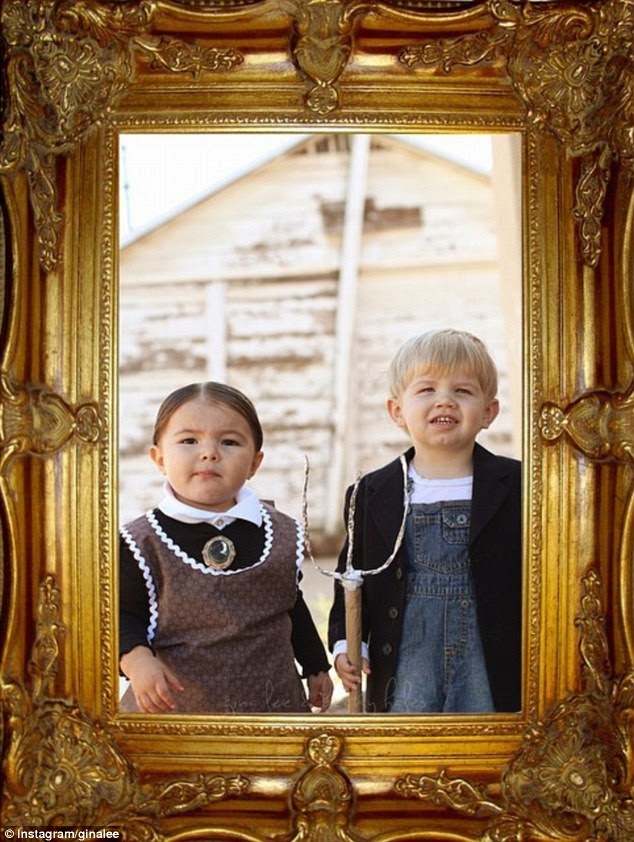 Good Grief, Charlie Brown!.  What if you take that same story and change just one character.  That old farmer husband becomes a little boy.  Does his relationship change with the sour woman next to him?  Of course – that may be his mother now, and the little boy who is more psychotic than Norman Bates is telling the story.  Or maybe he grows up like Mr. Rogers or a rock star on an iron horse.  That one little ‘twitch’ changed the whole paradigm of the story, and you have a new POV.
You could end up changing both characters and your old tired farmer is completely unrecognizable.  Perhaps that girl is his mentally challenged sister that he grows old taking care of out of family obligation.  Or maybe he doesn’t take care of her well………… 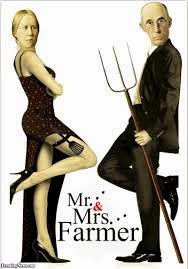 I’ll give you an example I had used.  A few years ago, I wrote a story loved by many, although it was really an exercise for a writers group.   I wrote the story from 3 different points of view (3rd person, present tense), one after the other.  The pianist, Chloe, had a fan in the neighborhood who grew up listening to her become an expert in classical music.  Tom, the smitten baseball hero, took his dog for a walk just to hear her play and to see the slender elegant young woman play the piano through her windows.  The third character, the dog, even gave a shortened take on the story.  It was a fun exercise as I read it aloud to the group and we discussed the one plot with 3 takes on it.  A few in the group requested that I turn it into a real story.
I wrangled with it for years. Still, for some reason I never became too enthralled by it until another meeting with the writers.  A guest speaker gave us a challenge to write an opening scene with an intense immediate drama.   For some reason I remembered a weird old dog I had while growing up.
This is what I came up with using the same characters as the pianist story, but I changed the POV to first-person from the woman’s perspective and past tense (which completely changed it):
My Irish setter whined when I unwrapped the crinkly freezer paper and put the raw meat in the pan.  Something smelled familiar that he didn’t like and with tail between his hind legs he galloped out of the kitchen, leaving me alone with the newly married jackass I had dated last year.  I seasoned the red dense meat with a bunch of dried herbs and pepper.  David watched back and forth at the dog running out, then at the hunk of meat in the pan.  I hadn’t expected guests so I continued with my tasks as if he wasn’t there. Feeling the hunger waking up again, I really wished he hadn’t shown up.
“Hungry, David?”
David looked back where the dog had run.
That was a true story about the dog – Lucky – who used to do that when my mom cooked a certain cut of red meat.  If it were any other meat, the dog – ANY dog - would try to steal it.  I still told the same exact story of her serenading him to her love nest, but from the back door, starting with the dog’s drama instead.  Something unusual is going on here.  Not the part about a embittered and heartbroken woman who had an unexpected visit from the same bed-hopping ex-lover – now married.  But when a dog ran away from red meat? This is unexpected and puts a question and a fear in the man’s head.  Instead of a sweet lovey-dovey story of boy-finally-meets-mystery-girl-in-neighborhood-and-they-fall-in-love-yatta-yatta, I made her out to be a sociopath with a neurotic dog. 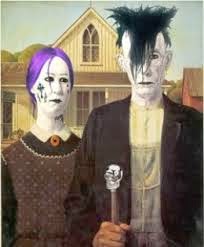 The best part is – the story rolled after that.  I stepped out of the comfortable smooch booth and added a dash of mystery. But it heated up the whole premise.  Once titled “Summoned by Song” then became “Roast Beast”.
Hey, whatever works for you – try it.  Just don’t throw it out or tuck it away in a drawer.  Bring out the best or worst in the characters or situation or swap the story teller and timing.  Or hop on a story-spinner and add some mischief.  When all else fails – add a ninja!  (just kidding!)
Rabbit’s hat. Some other ideas tried with success were to end a novel with a short story written at another time. A scene with a steamy bubble bath applied to the characters in the present novel, bowing out with a satisfying ‘happy ending’, but open enough to maybe explore sequel novel with these same characters.  In my own experience, I reused a nature piece, working it into a ghostly environmental nightmare story. 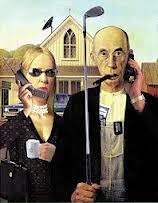 Point is - don’t waste anything – scenes, settings, intrinsic characters, those experimental pieces.  Blow off the dust, give it a makeover and wardrobe change - at least.

You can do so much with them to liven up another snoozer. 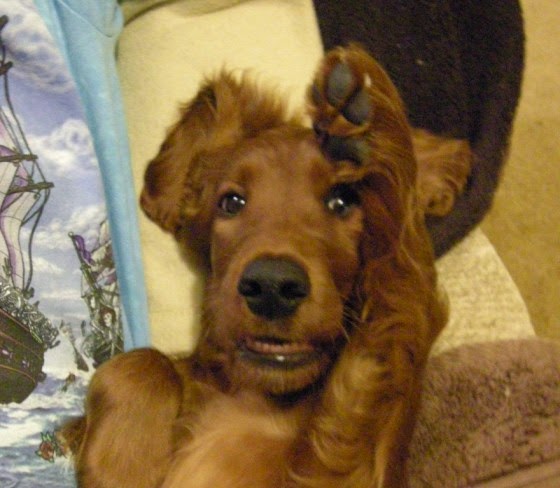